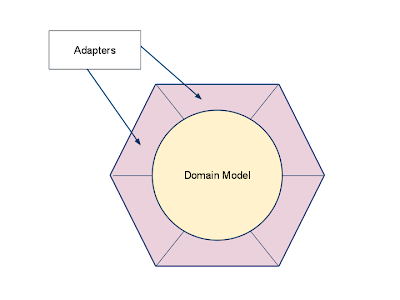 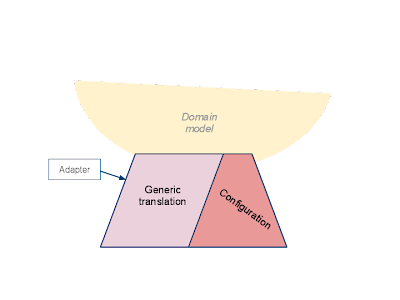 In the Java world this kind of thing used to be done with verbose and annoying XML configuration files. As the language evolved, annotations were introduced, and they are now the main way to configure such translations.
Annotations are a great improvement over external XML files, but they can't be the end of the story. There is the relatively minor issue that annotations pollute the domain model we strive so much to keep clean and organized, specially when the same domain objects will be active in many adapters. Beyond that, there is the larger problem that annotations are just metadata. Sometimes we want to parameterize our adapters in richer ways. Take, for instance, the proposal for a typesafe API for database queries to be added to the new version of the Java Persistence API. It requires a special pre-processor to generate a metamodel that can be used to parameterize a database adapter.
A better and more generic approach would be to have the language itself provide this metamodel: a kind of static reflection. I would love to see something like this in Scala. Some time ago I toyed with the idea of writing a compiler plugin to provide a static meta-model of Scala classes, but apparently compiler plugins have issues with non-transparent code generation.
Postscript. As with all matters regarding programming languages on the web, we must tread lightly. I am not ranting against Scala, in fact I rather enjoy it, as can be gleaned from some of the previous posts. I am only relating a very specific domain where I believe the language can be much improved.
Posted by Unknown at 7:58 PM 24 comments: